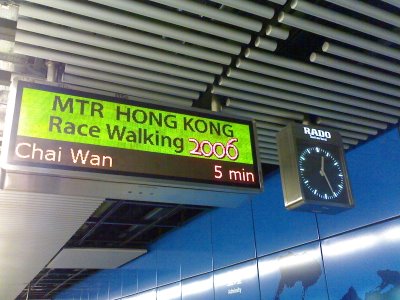 Email ThisBlogThis!Share to TwitterShare to FacebookShare to Pinterest
Labels: Work

遇見有人排隊去磨機，我總會行多五六步，拍卡、入閘、再回頭，唔，我又快過那三五七個人了。
Posted by pang at 03:17 No comments:

Bluetooth is not supported on Windows XP natively. The Windows Bluetooth software is available from Microsoft update or service pack. However, it isn't ease to use. It takes a form of wizard-like. Everytime user has to go thur 5 or 6 steps to transfer a file. It's just no good to those who need Bluetooth frequently.

Many Bluetooth doogles come with a satellie-like Bluetooth software. The software has a graphical interface. Bluetooth devices are list around a core, which represents the PC. The orbit is capable of around 10 devices. It should be more than enough for regular users. However, it isn't so to us, who has over 30 devices on the list. We have to scroll the orbit everytime and connect the devices before selecting target files.

The best Bluetooth software I ever use is the verions 1.4.10. So far, besides some unknown brand Bluetooth doogles, I already knew that Belkin and Billition's PCMCIA Bluetooth (version 1) come with it. Besides a regular GUI, it also intergrated into the right-click menu, under Send to option. Furthermore, the shortcuts in Send to option can be used as DOS command. Therefore, I can write a DOS command in a batch file and run jobs in batch mode quickly.

The new version of PCMCIA Bluetooth 2 from Billition will come with a new software from Toshiba. I wonder if it can be used as if the version 1.4.10.
Posted by pang at 14:48 No comments:

Email ThisBlogThis!Share to TwitterShare to FacebookShare to Pinterest
Labels: Windows

好，今日繼續睇Linux既GSG... Getting Started Guide
Posted by pang at 04:43 No comments:

Email ThisBlogThis!Share to TwitterShare to FacebookShare to Pinterest
Labels: Linux 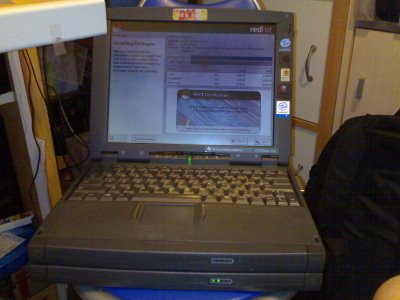 食埋個早餐就開工，但係，今日做乜好呢？依然是放假mood。
Posted by pang at 10:56 No comments: